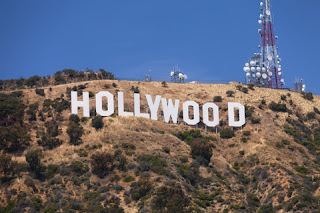 Hollywood won't be handing out starring roles in big budget films to Asian actors, whether male or female, because facts show that they are NOT capable of carrying a major film in America.  Sad to say but those facts are true and no matter how many supporters of Asian actors complain about it, film studios won't change their minds until there is a sudden change among U.S. audiences over the next few years.

Can an Asian Actor Carry a Film?


Hollywood executives have been saying for years that U.S. audiences are not ready for Asian actors (full-blooded Asians, not half-Asian or mixed like Keanu Reeves or Maggie Q) to star in a big budget film because of previous box-office failures like NINJA ASSASSINS (2009) starring Korean actor Rain and AROUND THE WORLD IN 80 DAYS (2004) starring Jackie Chan, and only in rare instances is success evident every so many years.

Most of the box-office flops during the past 10 years (2003-2013) are films that star Caucasians and non-Asians.  Almost none of these big budget flops were made with an Asian cast because of Hollywood's negative and steadfast belief that Asian lead actors are "box-office poison" and casting them in the starring role would be an absolute disaster.

21 AND OVER is a recent example of a film starring an Asian actor, Justin Chon.  Chon starred in the film, along with Miles Teller and Skylar Astin, and it faltered at the box-office, earning a disappointing $25.1M during its entire run.  The film ranks #17 among Box Office Mojo's list of "College Movies" behind #1 NATIONAL LAMPOON's ANIMAL HOUSE (1984) which earned $141.6M and THE SOCIAL NETWORK (2011) with $96.9M.  Sixteen of the films before 21 AND OVER had an all-Caucasian cast.

21 AND OVER has been compared to  last year's PROJECT X which had an all-white cast and earned a respectable $54.7M at the box-office.

First-time Directors John Lucas and Scott Moore (writers of THE HANGOVER) took a chance on Chon to star in the film, knowing that his only previous acting experience was being part of the supporting cast in the Twilight Saga series. The raunchy comedy film surpassed its $13M budget, but overall 21 AND OVER was a disappointment at the box-office and continues the stigma that Asian actors cannot carry a film on their own.

Asian Actors Do Well in the Martial Arts Genre

The late martial artists Bruce Lee (ENTER THE DRAGON, THE BIG BOSS, and RETURN OF THE DRAGON), who died in 1973, deserves mention here because of his iconic status and the fact that his films and numerous documentaries (like the 1993 bio-pic DRAGON: THE BRUCE LEE STORY grossing $35.1M) about him continue to bring in revenue.

Asian actors have been both blessed and cursed by the martial arts genre.  In order to be a success in U.S. cinema, most Asian stars tend to go the "martial arts" route.  Unfortunately, not all actors are trained in the ancient art of self-defense, preferring to take roles in comedy or drama instead. Sadly, serious lead roles in big budget films are hard to come by for Asian actors in American cinema today .


Certain films, starring a largely Asian cast, have done well at the domestic box-office because these movies were targeted to the right audience.

LIFE OF PI (2012) grossed $123.9M with a budget of $120M and won the Oscar's Best Director award for Ang Lee. The film was a favorite among the critics and the publicity from them and the Academy Awards certainly helped. The philosophical film did not become a big hit until it became a box-office phenomenon overseas.

CROUCHING TIGER, HIDDEN DRAGON (2000) was an award-winning foreign-language film with an international cast that earned an impressive $128M in the U.S.. Of course, winning the Academy Award for Best Foreign-Language film and being a favorite among all the movie critics did bolster its performance at the box-office.

MEMOIRS OF A GEISHA (2005) was based on the best-selling novel of the same name by Arthur Golden.  Starring Ken Watanabe and Zhang Ziyi, the film earned an impressive $57.4M at the box-office.

The HAROLD AND KUMAR series starring Asian actors Kal Penn and John Cho has proved to be a moderate success after releasing its sequels in 2008 and in 2011.  HAROLD AND KUMAR ESCAPE FROM GUANTANAMO BAY (2008) earned $38.1M with a $12M budget while the recent A VERY HAROLD AND KUMAR 3D CHRISTMAS pulled in $35M on a $19M budget.  Unfortunately, some critics believe the film's success is based on the Asian stereotype of being "buffoons and sexually sterile."

THE JOY LUCK CLUB with a cast led by Tamlyn Tomita and Ming-Na Wen, was released in 1993 but earned a whopping $32.9M.  The movie was based on the popular novel of the same name by author Amy Tan.

Indian-British actor Ben Kingsley starred in the epic film GHANDI (1982) which brought in a huge $52.7M at the box-office.  The Oscars had a lot to do with bolstering the film's ticket sales as it won 8 awards, including Best Picture and Best Actor for Kingsley.

These films are quality movies (Harold and Kumar may be an exception) that Hollywood can produce if done right.  Unfortunately, the film industry continues to make the same "mistake" when employing a Caucasian or non-Asian actor to play a role meant for an Asian actor.  Some of the recent casting errors made by Hollywood include casting actor Noah Ringer in THE LAST AIRBENDER (2010) or Justin Chatwin as "Goku" in DRAGONBALL REVOLUTION (2009) or Emile Hirsch in SPEED RACER (2008) or the film 21 (2008) that starred a mainly Caucasian cast based on a true story on the exploits of a group made up of mostly Asian-Americans.

Points to Consider for Asian Actors


Ryan Wong from hypoallergenic.com wrote in his 2012 article "A Billion Hits and Counting: Asian Americans and YouTube" that revealed 3 reasons why Asian actors cannot carry a film:
Wong makes a big point that Asians comprise "only 5% of the overall population in the U.S.."  According to the Nielsen Wire, the Asian population is a "consumer force" with a spending power that increased from $718M collectively to $1 trillion in 5 years, but they are not large enough to attract fans for an Asian actor to star in a big-budget film.

Has Hollywood brainwashed the public and Asian moviegoers in America that Caucasians and non-Asians are better suited for leading roles than Asian actors?

It does seem that way because the television industry has placed Asian actors in roles that play to the same stereotype as being "emasculated and village idiots."  With TV being a powerful medium, U.S. audiences are hypnotized into believing these Asian stereotypes.  The "brainwashing" has systematically programmed the public and Asian-American moviegoers into believing that Asian actors are not "believable enough" to star in a big-budget role.

Sadly, studies find that Asians are more inclined to click on a YouTube video starring an Asian (e.g. PSY or Ryan Higa) rather than go to a theater to watch an Asian actor on the big screen.

Where do the Asian Actors Go from Here? 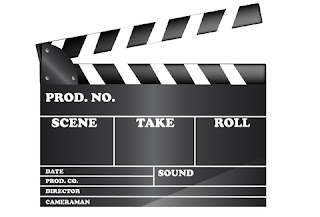 There is no telling where the Asian actor can go from here, except to hope that there are more film studios and writers/directors like John Lucas and Scott Moore, who are willing to take chances with Asian actors.

Movie Studios must look for high-quality, best-selling works from such prominent authors like Amy Tan, Lisa See, Haruki Marukumi, Khaled Hosseini, Kazuro Ishiguro, Salman Rushdie, and all writers from America and around the globe, who write about the Asian experience or just plain old good stories that could involve an Asian actor in a starring role.  If a studio employs the same promotional tactics like they did for CROUCHING TIGER, HIDDEN DRAGON or MEMOIRS OF A GEISHA, a film with an Asian cast and good writing can flourish at the box-office.

Top Asian filmmakers like Ang Lee and John Woo along with top Asian film executives and producers like Chris Lee and Dean Devlin must change the mindset of the film industry to offer more opportunities for Asian actors.  Film studios have to learn how to promote and cultivate the up-and-coming Asian talent which will eventually land in big roles for future films.

Overall, American cinema must rethink their stance on Asian actors and there is hope that great films like LIFE OF PI and GHANDI won't come once every 5 years but every year.